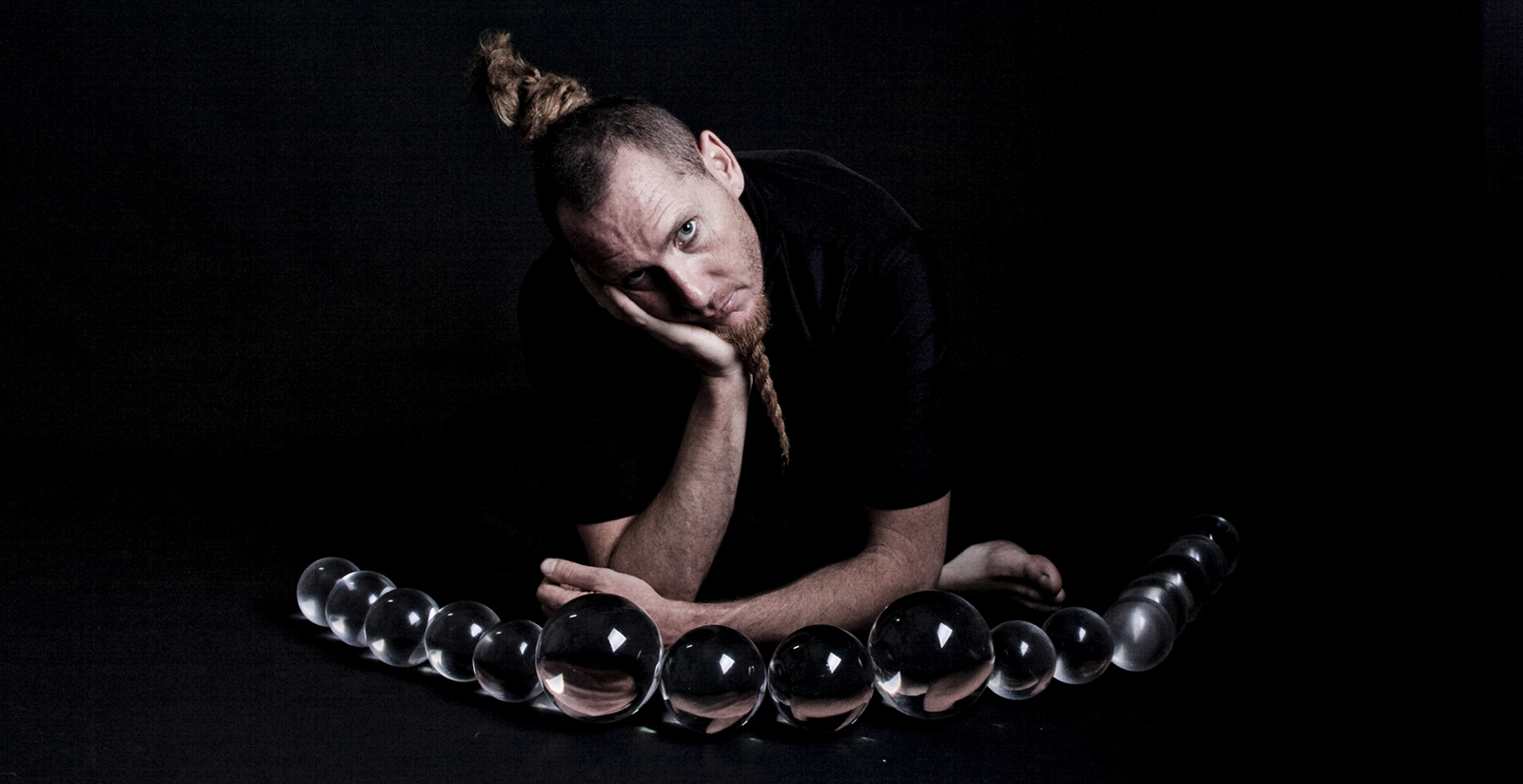 Fascinated at first sight by contact juggling (about two decades ago), Mister OM soon began to spend every moment sliding, gliding and manipulating crystal balls around his body. Traveling constantly around the world, he has been inspired through the study of many arts: dance, contact improvisation, mime and magic; building upon the base of a strong yoga and meditation practice. But it is contact juggling and magic which inspire his passion, and through his dedication to these disciplines Mister OM has developed his own unique style. He is one of the world’s foremost contact jugglers, internationally recognized for his stunning and skillful routines and visually captivating performances.

Throughout his extensive solo career and in the creation of Aya Contemporary Circus, he has constantly been inspired by the ability of purely visual elements to tell a story, and has never used the spoken word. Aya Contemporary Circus was founded in 2003 by Ludovic Dumas (aka Mister Om) and Ana Kemp (aka Katanka).“Metamorphose”

It expanded to a trio in 2005, and a quartet in 2008. The company has traveled around the globe, performing at festivals and events throughout Europe, Asia and Australia. In 2006, their creation Helix was received to wide acclaim at festivals in 11 countries around the world. And 2008 saw the creation of Noosphere which performed in Europe and Australia.

In 2009, Ludovic created the Ninja Circus remote indigenous youth troupe and school. In 2015 he was commissioned by Red Hot Arts to create and perform a solo performance for Alice Springs Desert festival, The Cosmic Joker. This was the launch of a world wide tour in 2016, through Europe, Africa and South America.